For those of us in the Northern Hemisphere, this year’s Winter Solstice falls on Tuesday, December 21. This day marks the longest night of the year and the beginning of the astrological calendar. Many people think of this marker date as the beginning of the return to light, and this is correct – every day from Winter Solstice to the Spring Equinox in March brings more sunlight and longer days.

It’s an auspicious time filled with powerful energy, but many people don’t know much about its significance. Let’s learn a little bit more about this special day and how it can relate to your yoga and wellness practices.

The Winter Solstice is not technically a date but a specific moment in time.

While most people refer to Winter Solstice as a full day, it is technically the specific moment when the sun is exactly over the Tropic of Capricorn. The term solstice comes from the Latin word “solstitium” meaning “the sun stands still.’  For those celebrating on December 21, the exact moment is 10:59 a.m. Eastern Standard Time.

Winter Solstice is a worldwide celebration.

From Taiwan to Iran and from Ireland to Arizona, cultures across the world celebrate the Winter Solstice.

In China, Taiwan, Japan, Korea, and Vietnam, you’ll find the Dongzhi Festival, an important day of family gatherings and temple ceremonies. Homage is paid to family ancestors, and special foods, like dumplings and tangyuan (rice balls), are prepared and shared.

In the United Kingdom, you can celebrate at Stonehenge. The purpose of the ancient stone circle remains an enigma, but we do know the stones align with the movements of the sun. Archaeologists believe ancient Winter Solstice festivals happened at Stonehenge, and this has inspired modern celebrations drawing huge crowds at dawn after the longest night of the year to see the sun rising through the stones.

With origins in ancient Persia, the Yalda festival in Iran is marked by family gatherings, fires and candles that burn all night, and a feast featuring nuts and fruits, including watermelon and pomegranates.

In Arizona in the United States, the Native American Hopi Indians hold a Soyal celebration. This custom involves welcoming the protective spirits from the mountains (called kachinas) and includes purification rituals, ceremonies, and dancing.

As the date aligns with the sun rather than a religion, Winter Solstice is accessible to many varied cultures across the globe.

Each planet in our solar system has a Winter and Summer Solstice.

It may be tempting to think that Planet Earth’s Solstice is the only game in town, but that’s not correct. Each of the planets in our solar system orbits at a tilt, and this tilt creates the solstice. However, the durations are different and Uranus, for example, with a bigger tilt, has twenty-year long seasons.

What does the Winter Solstice 2021 mean to you?

Energetically, this powerful date marks the return of the light, and the Winter Solstice gives you an opportunity to become very still, to gain a wider perspective on your life, and to release unwanted darkness that no longer serves you. It’s a time for ritual, ceremony, and meditative practices. Not sure where to start? Try this ten-minute Meditation to Cast Off Limiting Beliefs.

Lynn Roulo is Kundalini Yoga and Enneagram instructor who teaches a unique combination of the two systems, combining the physical benefits of Kundalini Yoga with the psychological growth tools of the Enneagram. She’s the author of two books combining the systems, and she blogs about living in Greece and her journey from being a San Francisco CFO to an Athens yoga instructor. 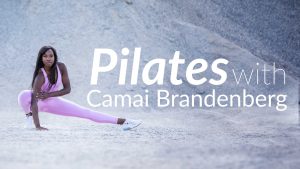